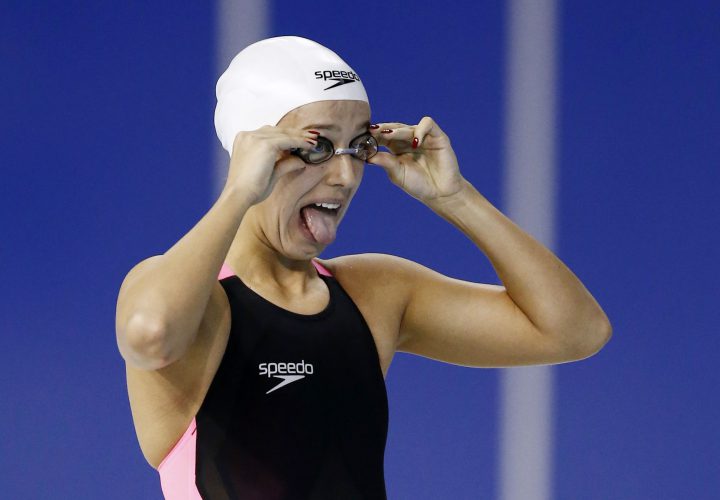 If there is one thing all swimmers (and ex-swimmers) can agree on it is the addictive nature of swimming. We all crave the smell of chlorine on our skin, the pain of a long, hard set and the adrenaline rush that comes from every race regardless of its result. The fact that so many find it so hard to hang up the goggles is proof enough of this addiction, however very few know why we feel this way. The answer is in science and hormones.

Endorphins, the hormone which quite simply makes us feel happiness and is ‘nature’s high’, are the key reason why swimming is so addictive; swimmers have an extraordinarily high number of endorphins running through their body after training and racing. When exercise is performed the brain releases a chemical called endorphin which reduces perception of pain through interacting with the opiate receptors in the brain acting in similar manner to narcotics such as morphine and codeine

As a side effect of this reaction, a positive feeling is felt by the individual, this is often known as a ‘runner’s high’. A runner’s high is a feeling of relaxed euphoria felt after doing exercise and has recently been found to have a similar effect to the addictive nature of marijuana. So to put it bluntly, swimming is like an addictive drug in its ability to get us hooked.

Although like a drug it is addictive nature, the endorphins released by swimming are by no means negative. In fact, they have been found to have numerous positive effects on the body.

There is so much evidence to suggest the benefits of swimming on mental health that sports psychologists, such as Aimee C. Kimball, support swimming as a form of treatment in addition to other methods. Swimming has also been shown to aid the body in removing excess fight-or-flight stress hormones, converting stress within the body into muscle relaxation. This conversion makes the stressed individual feel relaxed. 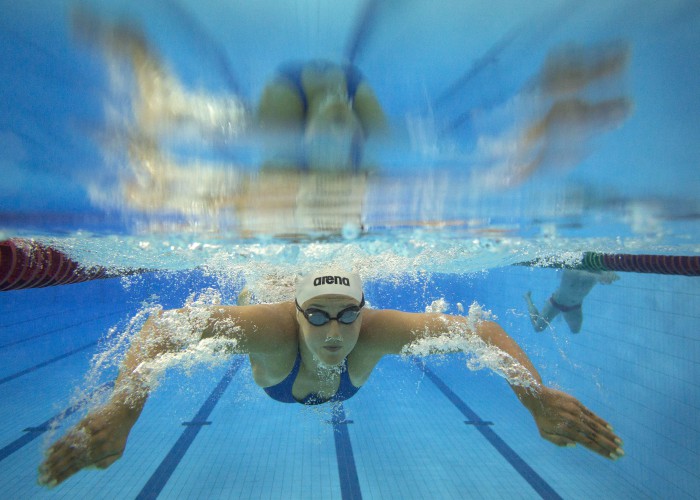 Swimming a tough set can even promote “hippocampal neurogenesis” , the growth of new brain cells in a part of the brain that is destroyed by chronic stress and depression. Through participation in sport, patients are able to recover from the effects of depression, making recovery more likely and as well as reducing the chances of relapse.

Additionally this creation of new brain cells (which would have previously been destroyed by depression), means that the individual who takes part in swimming will have a better memory and stronger ability to learn new information. So quite simply, as well as making you feel happy, swimming can also make you more intelligent.

A further educational benefit that comes from swimming is due to the movements which a swimmer has to complete in order to swim each stroke legally. A swimmer’s nerve fibers in the corpus callosum, the part of the brain which allows communication between both sides, are aided in development by the precision in stoke and the way in which bilateral cross-patterning movements are used in order to swim.

To add to this, blood flow to the brain has been found to increase when an individual is emerged in water. A study conducted in 2014 showed a 14 percent increase in blood flow. This increase in blood flow acts with endorphins as a mood booster (again suggesting swimming as a treatment for depression), but also sharpens focus allowing individuals to perform better educationally.

Swimmers can testify to the many physical health benefits of swimming, however very few of us think of how it helps our mental state. So the next time you feel that high that comes following training, or wonder why you can never seem to keep away from the pool, thank the chemicals and hormones within your brain that prove yet again how beneficial swimming really is!