You know that cardio is important for the health of your heart…and the rest of your body, too! But is it possible to have too much of a good thing? Robin Berzin, MD, CEO of functional medicine practice Parsley Health, says yes. Here, the Well+Good Council member explains why stepping away from the treadmill (well, a little bit!) can actually help you in the long run.

We’re reminded all the time that we need to be exercising more, and for good reason—only one in three adults gets the recommended 150 minutes of moderate intensity physical activity each week, according to the latest research from the Center for Disease Control. But even if you’re a cardio junkie, you’re not off the hook when it comes to working out. There’s such a thing as too much aerobic exercise.

There’s a tipping point when going too hard or too long can backfire.

That might seem counter-intuitive. After all, we know exercise is beneficial for everything from your waistline to memory, but there’s a tipping point when going too hard or too long can backfire. A large study of middle-aged women found that those who strenuously exercised daily were more likely to have heart disease, a stroke, or a blood clot during a nine-year follow-up period than women who exercised just two to three times per week. Scientists point to past research suggesting high-intensity aerobic sessions lasting past an hour can overload the heart, leading to overstretching and micro-tears. Over time, this increased stress can actually age your heart faster.

Similar research discovered people who jogged for over four hours per week at a fast pace over the course of more than three days a week actually lost many of the health benefits typically associated with exercise. Those with the greatest longevity were actually the ones that ran fewer than three times a week for one to 2.4 hours at a slow to moderate pace. Researchers believe long-term strenuous endurance exercise can cause structural changes to the heart and arteries that are detrimental to cardiovascular health.

If you’re doubling up on cardio classes, you can ease up a bit.

Spending more than 7.5 hours a week exercising is even associated with a 27 percent higher risk of calcium buildup in the blood vessels leading to the heart compared with exercising for 2.5 hours a week, which could explain some of the negative consequences of being highly active. Your body releases calcium in response to tissue damage and inflammation, which can occur during exercise; for chronic exercisers, the excess could build up.

Overdoing it on aerobic exercise can also lead to short-term and long-term gut issues, with people who run for longer than two hours a day experiencing the most gastrointestinal problems.

Let’s be clear: This isn’t license to stop exercising, but it does mean that if you’re heading out for a run every day or frequently doubling up on cardio classes, you can ease up a bit—and have better health as a result.

Here’s how to cut down on gym time and still feel your best.

If you’re mostly doing aerobic workouts (like spinning, running, and dance cardio) your cortisol levels will remain elevated throughout the day instead of being naturally high in the morning and dropping to their lowest point at night. Consistently high cortisol levels can lead your body to hold on to fat; they’ve also been associated with sleep disturbances. At Parsley Health, we recommend subbing out some cardio for strength training twice a week. Building muscle through resistance exercise will increase your long term fat burning potential, and you’ll also boost your metabolism for up to 24 hours after a strength training session, netting you better results than just cardio.

2. Take at least one day a week for active recovery

Your body needs time to repair micro-tears that occur in muscles during exercise and replenish glycogen fuel stores in order for you to get stronger and have the energy to get after your next workout. Rest days are essential if you want to keep progressing and avoid injury, but a rest day doesn’t have to mean literally doing nothing. Instead, use it as time for less intense activities like walking, stretching, foam rolling, or yoga, all of which increase blood flow, bringing nutrients to muscles as they rebuild. In particular, yoga’s been shown to improve weight, blood pressure, and cholesterol as much as other forms of exercise. Depending on the intensity of the exercise you do, your fitness level, and your goals, I recommend building one to three rest days into your week.

Shorter, more intense sessions are not only better than steady state cardio for improving your cardiorespiratory fitness, they’re also better for fat loss because they help you burn fat even after your workout is over. There’s also evidence to suggest that endurance activities, like a two-hour run at a moderate pace, suppress immune function, making you more at risk for infections, while 30 minutes of intense running has no effect on immunity. To reap the benefits without over-stressing your body, work high intensity interval training into your routine one or two days a week.

Exercising for the mental benefits is just as important as the physical benefits, so if you’re the kind of person who can’t bear the thought of giving up your daily run and risking your sanity, try meditation. One study found that the combination of exercise and meditation may be particularly effective at clearing your mind and reducing depression. Even 10 minutes of daily meditation can ease anxiety, so the time commitment is minimal compared to a typical workout. 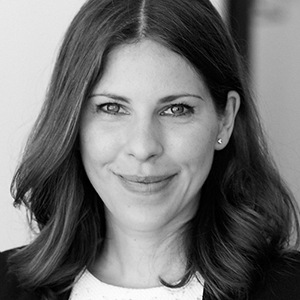 Robin Berzin, MD, is the founder and CEO of Parsley Health, an innovative primary care practice with offices in New York, Los Angeles, and San Francisco. Dr. Berzin attended medical school at Columbia University. She is a certified yoga instructor and a meditation teacher.What should Robin write about next? Send your questions and suggestions to experts@wellandgood.com.