Soul found its apotheosis in Aretha Franklin. Ever since she was crowned “The Queen of Soul” in 1967 by DJ Pervis Spann in a mock ceremony at the Regal Theater in Chicago, no one has come close to contesting the title. Ms. Franklin — who died Thursday at 76 — sang in a voice that struck an ideal balance of strength and sensitivity, of roiling emotion and refined skill. Even when she hit a note with terrific force, her tone never lost its beauty. And each note brought with it a huge context. “American history wells up when Aretha sings,” President Obama wrote in an email to The New Yorker’s David Remnick for a 2016 profile of the star. “Nobody embodies more fully the connection between the African-American spiritual, the blues, R&B, rock ’n’ roll — the way that hardship and sorrow were transformed into something full of beauty and vitality and hope.”

[We want to hear from you. Tell us how Aretha Franklin’s music influenced you.]

Ms. Franklin had the ability to make songs previously identified with other singers her own, and to write original pieces others pined to cover. While she made hundreds of indelible songs in her six-decade-long recording career, these 20 rank among her most defining.

During her six years at Columbia Records, Ms. Franklin’s vocal talent often overshadowed the arrangements and production in her recordings. Yet an alternate take she cut of the Johnny Mercer/Hoagy Carmichael standard from 1941 not only showed a side nowhere heard in her prime Atlantic catalog, it found special strains of soul in this oft-covered song.

Ms. Franklin’s first single for Atlantic Records became her breakthrough hit, cracking the Top 10 while announcing the arrival of a singer of revelatory confidence, openness and fortitude. Building on Spooner Oldham’s electric piano, her vocal escalated to a crescendo that stands as one of the greatest pop showstoppers of all time.

This song’s sensitive country-gospel melody brought out one of the singer’s most nuanced performances. A proto-feminist anthem, “Woman” aimed to create gender parity not only though the lyrics, but through the deep humanity in her vocal.

Otis Redding may have written the song (and had a Top 40 hit with it), but Ms. Franklin’s No. 1 version will forever define it. The assurance, wit and erudition of her vocal embodied R-E-S-P-E-C-T to such a resounding degree, the recording went on to become one of pop’s most stirring anthems of both feminism and black pride.

Over the tense tremolo of Joe South’s guitar, Ms. Franklin unleashed all the frustrations of a woman ignored, while at the same time turning her pain into power. The breakdown in the middle — when Aretha soars over the “whoop-whoop” refrain of her backup singers, the Sweet Inspirations — showed just who in this romantic relationship would end up on top.

Written expressly for her by Carole King and Gerry Goffin, “Natural Woman” inspired in the singer a vocal that transcended the individual to address an entire gender. Above gospel piano chords from Mr. Oldham, and strings that moved from encouraging to ecstatic, Aretha unleashed a vocal infused with such certitude and spirit, it seemed to distill the essence of whatever it may mean to be a woman.

Ms. Franklin mined her deep gospel roots in a song she wrote with her then-husband, Ted White. Slyly, she married the churchy organ and piano to what may be her most sexually alive lyric.

Ms. Franklin helped write one of her most fast and furious recordings. Its brisk piano chords and buoyant beats created a kind of trampoline for the star to bounce off refrains of Olympic skill. The secret weapon came in the middle when, lifted ably by her backup singers, she soared the word “freedom” straight to the sky.

Six months after Dionne Warwick’s graceful take on the Bacharach-David song became a smash, Aretha released a very different version. The inventive arrangement laid down a kind of dare. The support singers sometimes took the lead, while the star tersely answered, smartly reversing the entire history of call-and-response vocal relationships. Naturally, Ms. Franklin was more than up to the challenge, topping her sturdy Inspirations with each vocal rejoinder.

Written by Ms. Franklin, the song tapped into the rich history of spirituals, setting the scene for one of her most elaborate interplays with the Sweet Inspirations.

Aretha Franklin wasn’t just a vocal genius. She was a model of empowerment and pride.

You’d think Simon and Garfunkel would forever own a song they had turned into the No. 1 hit of 1970. But just one year later, Ms. Franklin brought “Bridge” back to the Top 10 in a version that plumbed the rich gospel roots the folk duo could only hint at.

While Ben E. King’s original, Top 10 take on the song had a romantic air and a faithful Latin lilt, Ms. Franklin turned it into a rumbling, funk-rock rave-up. Her interpretation got all the way to No. 2, along the way changing King’s vocal emphasis to, instead, revel in Harlem’s blackness.

The funky guitar and bass that fire the song, written by Ms. Franklin, shows just how hard her vocals could ride a rhythm, making for one of her most danceable smashes.

The melody, penned by the singer, brought out her most contemplative side. Her gliding vocal paired ideally with Hubert Laws’s fluttering flute.

Written by Nina Simone for the playwright Lorraine Hansberry, the song received its most emphatic interpretation on Ms. Franklin’s album of the same name. Accompanying herself on piano, the star’s soaring vocal idealized the song’s mission to encourage all manner of black achievement.

Ms. Franklin’s debt to gospel was paid in full on her double-album masterpiece, recorded live with the Southern California Community Choir. The 10-minute-plus title track entered the realm of heaven in the first two minutes and never left. Housed on the biggest-selling gospel album of all time, the recording may be Ms. Franklin’s most profound.

Written by Morris Broadnax, Clarence Paul and Stevie Wonder, “Come Back” has a melody built to show Ms. Franklin’s most sensual side. With care, she caressed every part of the song’s snaking tune.

Part of her big comeback, via Arista Records, “Freeway” tapped Ms. Franklin’s Detroit roots to create one of the great American anthems of automotive freedom. It was motored not only by her vivacious vocal but by Clarence Clemons’s surging sax.

The star’s final No. 1 song (and her only No. 1 in Britain), this duet with George Michael transcended its slickness with a tune that let both singers shine. Still, it’s not exactly a contest who, in the end, out-sung who.

More on Aretha Franklin
Aretha Franklin, Indomitable ‘Queen of Soul,’ Dies at 76
With hits like “Respect” and “Chain of Fools,” she defined a female archetype: sensual and strong, long-suffering but ultimately indomitable. 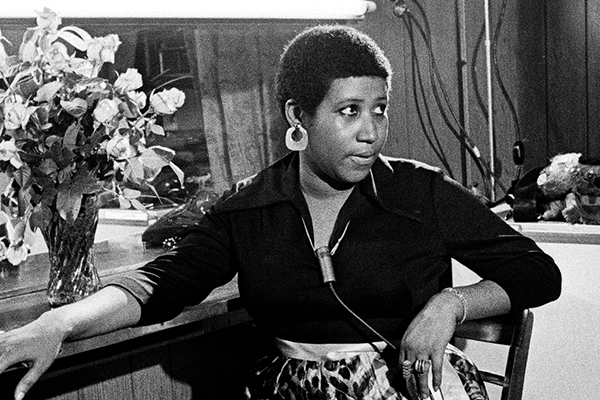 Aretha Franklin Had Power. Did We Truly Respect It?
The Queen of Soul sang the most empowering popular song ever. But even though she was brimming with it, we don’t think of her as an artist with swagger. 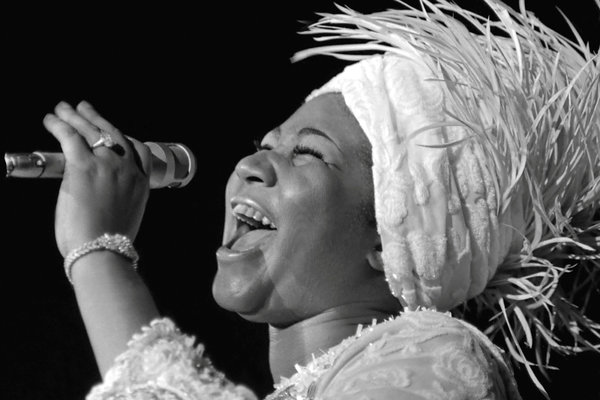 When Aretha Franklin Brought Down the House at the Kennedy Center
Her rendition of “Natural Woman” in December 2015 was unforgettable. Performers, guests and others who were there talk about the soaring performance. 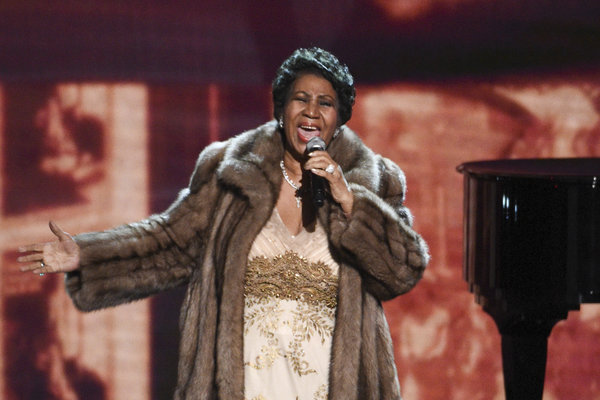 Aretha Franklin Reigned as Queen, in Voice and in Image
Yoking her formidable vocal powers to a brilliant sense of self-presentation, Ms. Franklin made herself a model of empowerment and pride. 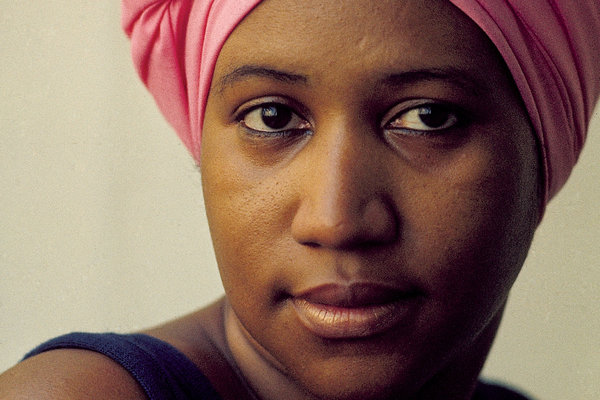 An earlier version of this playlist misidentified the theater in Chicago where Aretha was crowned “The Queen of Soul.” It is the Regal Theater, not the Royal Theater.